The world has gone mad! They just cancelled the NHL and NBA seasons, and the rest of MLB Spring Training. People are stocking up on toilet paper for God’s sake. Schools are closing, large gatherings cancelled, and people are locking themselves in their homes. If you go to social media, you literally want to jump off a building, as the fear is out of control. It doesn’t help either, that the media is blowing it totally out of proportion and everyone is trying to make it political. Two weeks ago, all my Facebook friends were Constitutional Scholars and today they are Infectious Disease Experts.

But you really wouldn’t have known it the last week in Costa Rica.

Sure, many frightened travelers have postponed their vacations, and most big events have been called off, but the town was still very busy, and the airplanes were full. I just went through an incredible two weeks, of amazing highs and very low lows, and I was so happy when I finally got back to paradise. I thought for sure, that I would be the only person on the plane, yet every seat was full except for about 10%. Personally, I was way more scared about driving on the black ice returning my rental car, than catching coronavirus on the jet; I had seen all these massive car pileups on TV. As soon as we landed, I knew everything was going to be OK. Our phenomenal Liberia airport (LIR), has 6 gates, but there were already 11 planes there when we arrived. After 10 minutes of chilling out, they finally had us park on the tarmac and brought the rolling stairs to the door. Man, nothing feels better than 92-degree heat blasting your face, after suffering through a miserable 8 days in Denver Colorado.

It is OFFICIAL.  The first weekend in December is now PARTY WEEKEND!  2019 will go down in history as the first annual Party Weekend in the Papagayo. 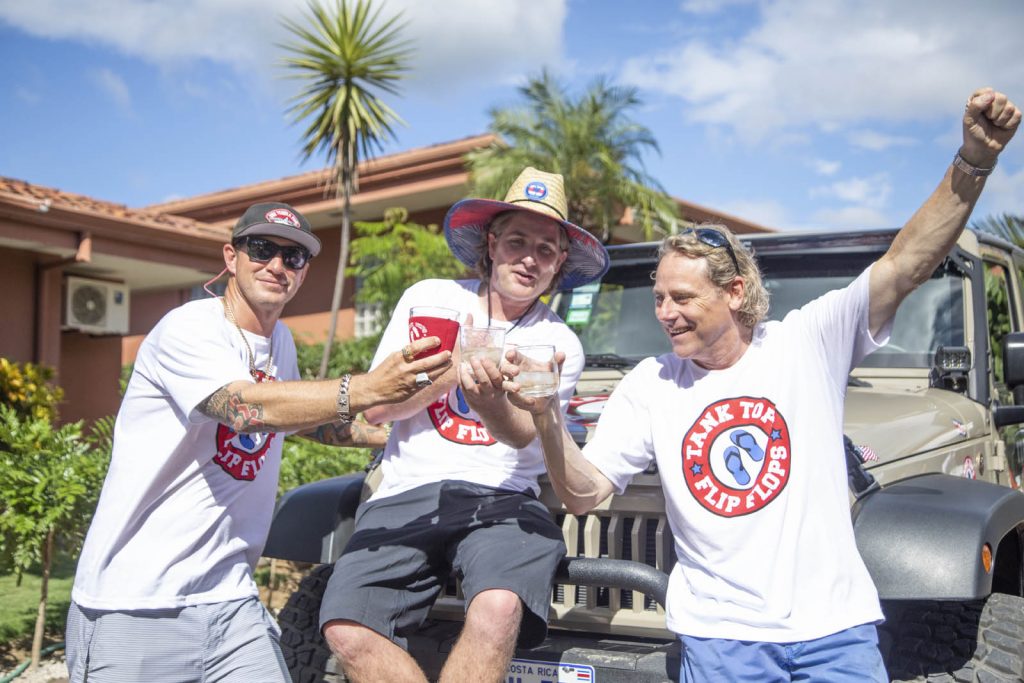 The weekend kicked off on Friday with the Punchlines in Paradise Comedy show at the Hotel La Puerta del Sol and Garden Bar sponsored by Tank Tops Flip Flops.  The show was a huge success with 5 professional comedians from the United States, bringing the audience to tears of laughter.  The shows producers have already committed to doing the show again next year with an even bigger number of comics.  We can’t wait to laugh again until it hurts.  This is a can’t miss event.