This guide to Papagayo area Restaurants is an insider’s guide to GOOD Restaurants!  We know your top priority is to find the best places to eat while you are here.  Forget Trip Advisor – We have gone to each of these Restaurants multiple times and know the menus well.  You will be surprised how many good Restaurants there are in our small little area.  We also included Fast Food joints and local markets. ENJOY!

Note:  Playas del Coco has so many Restaurants that we had to split the maps by sections:  Downtown, Uptown, La Chorrera, Other and Outside Area.

DONDE CLAUDIO Y GLORIA: This adorable little fish place is located right ON THE SAND, just 50 meters north of the main drag. A delightful place to go and people watch, at any time of the day, but is especially perfect for sunset dinner. They have just about every type of seafood imaginable, and it is always fresh. I have never had a bad meal here yet. BEST SEAFOOD in town. ENJOY.  9 ON DOWNTOWN MAP

COCONUTZ: YES it is a sports bar with about a dozen TVs, but they have more than just bar food. They have a full menu of just about anything you might want to eat, and a great pizza too and of course the BEST Coconut shrimp. They also have a great Microbrewery in the bar called Angry Goats Brewery. Coconutz is a wonderful place to see Monkeys at 5pm as they are swinging through the trees above; cover your nachos, just in case. Wednesday they have all you can eat, pizza, pasta and salad, along with a movie night, and there is live music many evenings of the week. One of my favorite hangouts for sure; lots of fun. GO GIANTS!!!!  1 ON DOWNTOWN MAP

Zi LOUNGE: Serving lunch and dinner, this open-air bar has a huge delicious menu, and a perfect place to people watch on the street. He has the BEST steak tacos too! There is wood burned oven pizza, as good as any you have had in other places in the world, and many nights there is live music. After 10 pm this is the place to be, as it becomes a full blown night club, with VIP section and table side service and DJ. The original Chili Guaro inventor, this is a great place for shots too!!!! Thursday is Ladies Night, so come on down and check it out.  2 ON DOWNTOWN MAP

JOHAN BISTRO: Just before you get to the beach, on the main drag, is this great little Bistro. Fantastic designer sandwiches, served on incredible homemade breads, and the display is right out of a magazine; crepes and sushi are also on the menu. They have a huge selection of yummy smoothies and health drinks as well to wash it all down; BEST sandwiches in town. I love this place!!!  O ON DOWNTOWN MAP

“This is your pilot speaking. We have a major malfunction. The Auto Pilot is not working, along with many of the electronics of this airplane, and we must return to Newark Immediately. Please sit down and fasten your seat belt; we apologize for the inconvenience.” Can this get any worse, I thought to myself. I had already been delayed in Toronto for two hours due to winter weather, causing me to miss my connection from New Jersey back to paradise; Man I hate the cold. Who would live where it snows? Fools. After what seemed like an eternity, we finally lifted off and I thought I was headed home. We were over an hour and a half into the flight, meaning we were probably somewhere over North Carolina, when the Captain came on the speaker and informed us we were potentially flying a doomed craft. Why don’t we just land in Charlotte? Or Atlanta? Why do we have to risk, falling out of the sky like dead weight, to go all the way back to where we started. Just land ANYWHERE; and I will get off. I have a job, I will buy another ticket; I just want to get back to my dogs!!! It has to be that darned BBQ sauce, I know it. The plane is overweight. 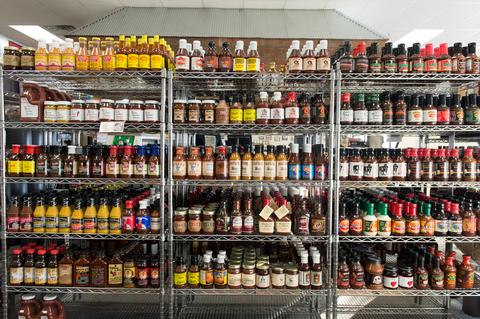 A couple months earlier, my office gets a phone call from Customs in San Jose. There was a package for me, and the proper duty hadn’t been paid and the paperwork filled out, they said. What package? I didn’t order anything. After going back and forth with the agent on the phone, he finally told me that someone had sent me 12 Huge Jars of Kansas City BBQ sauce weighing approximately 20 pounds. Believe it or not, they consider that a food item, the same as shipping vegetables or raw meat. Yes, I know, STUPID!!! But those are their rules they told me, and the proper health department paperwork had not been filed. They proceeded to tell me I had two choices. Pay a couple hundred dollars, for about $100 worth of sauce, or have it confiscated, and destroyed, they said. Right! Like they are actually going to throw away some of the greatest marinade on the planet; Sure.

I found out that my clients, Shelley and Pat, this awesome couple from KC, had sent it to me when they got home, to thank me for helping them find their little piece of paradise. Unfortunately, they didn’t contact me first to ask about the process, as they wanted to surprise me. I tell people all the time, you cannot just ship something here, like going from one state to the next. This is another country and there are procedures for bringing goods and items through Customs. Had they told me ahead of time, I would have had them just ship it to my mailing address in the USA or to a client or friend who was coming down, and they could have muled it in their suitcases. I surely wasn’t going to pay the duty on it, so we just told them to forget it. I could just imagine the warehouse party they were throwing. YAHOOOOOOOOO !!!!!!!!!!!! BBQ Time!!!!!!!!!!!!!!!!!! 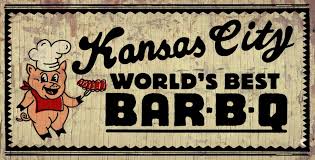 You can see it now; dozens of customs agents, drunk off their ass, a big pig roasting over an open fire: hundreds of chicken legs smoking up the warehouse. There is a Mariachi band blasting away; the entire shindig dressed in Cowboy Boots and Hats; stray dogs sit patiently off to the side, hoping someone drops a nugget. Everybody is just lathered in BBQ sauce; laughing so hard they spit up their food; Stupid gringos. Think about it; some nice family is relocating to Costa Rica and shipped all their belongings in a container. When it finally arrives, and it is delivered to their home, there is this “smell” in all of their stuff. “Honey? Why does our Italian leather sofa smell like a wood burned oven? And our bed sheets remind me of a Chicago Dog from the Cubs game this year. What the hell is going on around here?”

“This is the cockpit. Do not be afraid, but you will see fuel coming from the wings. We are overloaded and need to dump some gasoline before arriving. This is standard operating procedure for an emergency landing; Nothing to be concerned about.” Did he just say emergency landing? Don’t be concerned? Overweight? It’s that fricken BBQ sauce, I know it! A couple weeks earlier, I had told Phil, one of my best friends in the world, the customs story. You see he lives in Olathe Kansas, a suburb of KC, and I knew he would appreciate the chuckle. What I didn’t anticipate is that he is the kind of guy, who enjoys being a comedian. So when he heard I was going to Toronto to visit another good friend of ours, he decided to make a point. He shipped 20 Jars of BBQ sauce to his house; literally, I needed a second suitcase just to get it all on the plane. It weighed a ton!!! And how the heck am I going to explain this to the customs agent when I land?

I had visions of that horrible Egypt flight, where the airport cameras caught it just barreling straight down into the ground and exploding. You could see the director of the FBI on TV a couple weeks later; “We have determined the cause of the crash. The plane was overweight, and it was the BBQ sauce’s fault. We are saddened by this horrible tragedy, but I hope everyone learns a lesson from this. Just buy it in the store next time; yes we know it is more expensive in Costa Rica; but now hundreds are dead all because of you; you cheap bastard.”

“Attention everyone! We are going to be landing in a couple minutes. As you look out your window you will see emergency vehicles, fire trucks and ambulances, lining the runway. This is just a precaution; don’t panic. Thank you for flying our airline today.” Don’t panic? Of course I am going to panic; I wanted to scream like a little girl. We are coming in for a crash landing to Newark! I couldn’t breathe, I was hyperventilating. My entire life was flashing before my eyes. Little Millie is going to be so pissed. Actually, I almost hope I die, now that I think about it. Death might be better than being stranded in this dump for another couple days. Dear Lord. I am sorry. I will NEVER fly with BBQ sauce again. EVER. So help me God! Cross my heart. Just let me get home to my dogs !!!!!!!!!!!!!!!!!!!!!!

So….. What do you do with enough BBQ sauce for 100 kilos of chicken? Throw my annual party, that’s what you do. You are nuts if you missed it. Nobody throws a BASH like Michael Simons – NOBODY.

If you missed it here is the video

PS I want to personally thank EVERYONE who contributed to our TOYS FOR TOTS drive this year and to all the people who worked hard behind the scenes to make this happen. We collected TWO entire cargo van loads full of toys.  There will be a lot of smiles on some beautiful little children’s faces this Christmas. It brings tears to my eyes actually.  I LOVE THIS COUNTRY. Thank you for allowing me to live here.

PSS – Thank you Shelley, Pat and Phil for the love. It is truly appreciated and was enjoyed by over 600 people.