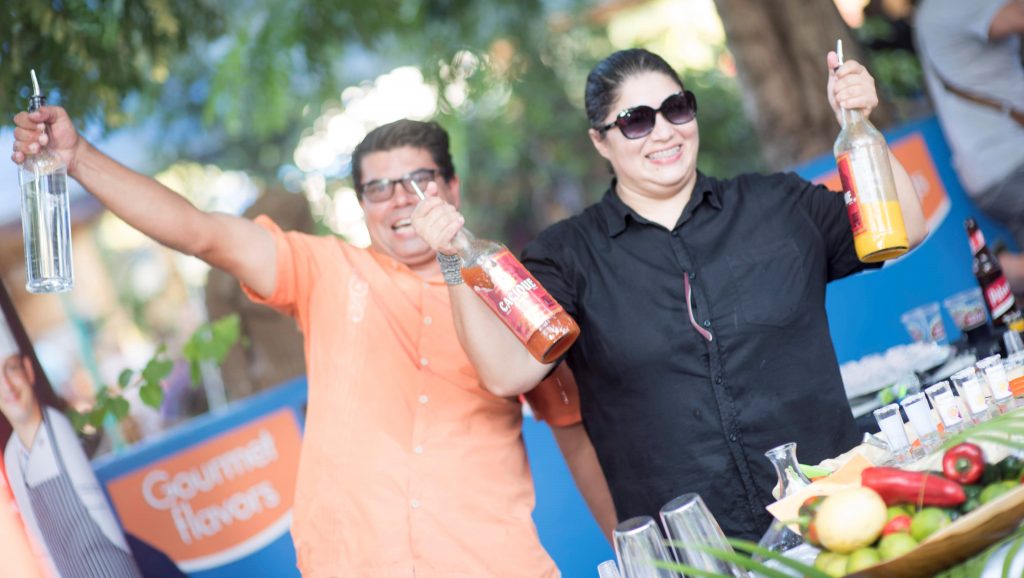 The first annual ChiliGuaro Fest of the Papagayo.

There were 13 participants, and everyone put on a show. They had hot, spicy models, dozens of liters of brew, and their stands were decked out with propaganda. Let the contest begin. 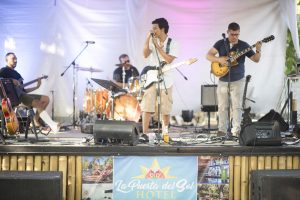 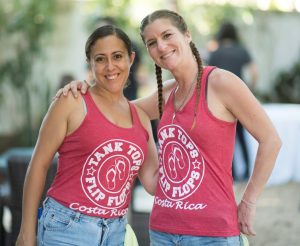 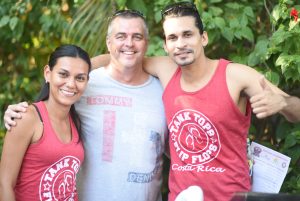 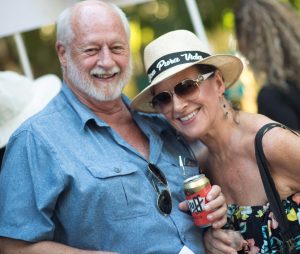 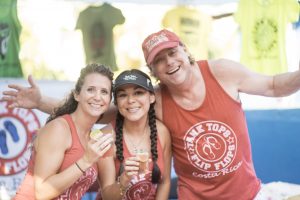 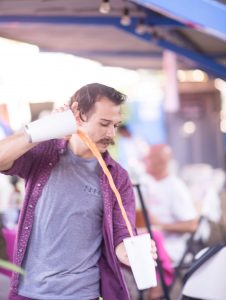 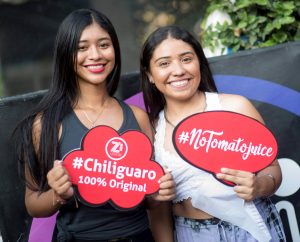 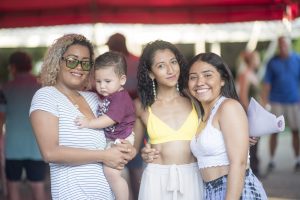 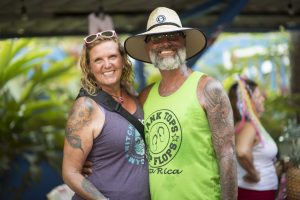 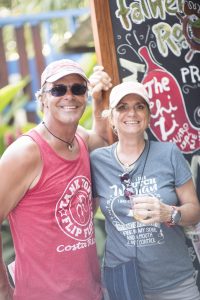 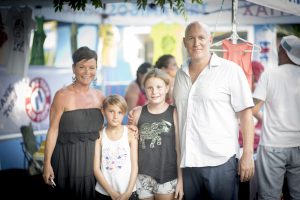 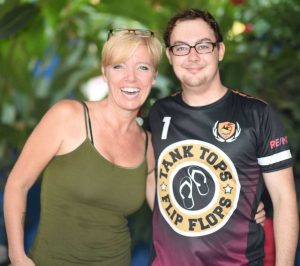 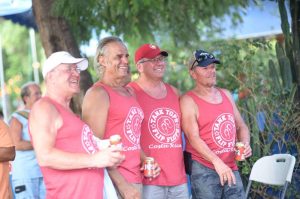 The rules were simple. You had to try every chiliguaro version, and vote on a scorecard, from 1 to 10. Only complete ballots were counted, and you had 2 hours to get it done. We printed 200 to start and we were out within 15 minutes. You could not believe how many people came to this event. First off, everyone loves these things. They are truly addicting. And what better way to spend a Saturday afternoon, than going from table to table, bottle to bottle, slamming back the devil’s bite; mingling with hundreds of your friends; and listening to outstanding, authentic Rock N Roll. There was even a pig roasting. It takes a lot of skill to taste 13 shots of firewater, or maybe a serious drinking problem; but most likely a little tad of both.

Can you handle the heat?

The Tank Tops Flip Flops gang was out in full force, with one of our most amazing shirts to date. All the proceeds went to the Playa Hermosa School Music Association, so the little darlings can learn to appreciate the powerful enjoyment of listening, playing and reading music. Thanks everyone for supporting such a great cause. If you would like to make a separate donation, please contact Pastor Allen at the church. 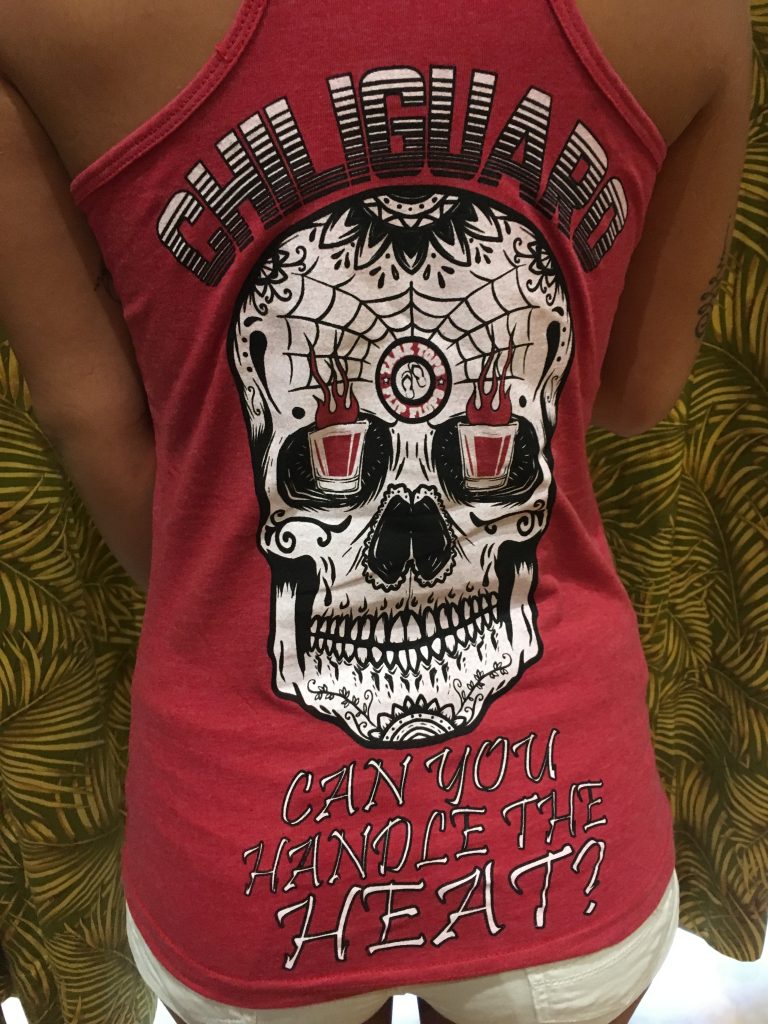 In between hustling digs, and pounding back Moosehead beer, I was able to make my rounds. I have to say, there were some insane versions of this bad boy cocktail. Some taste like jalapeno margaritas; and some more like a Bloody Mary; and some will light you on fire. There are now hybrid mixtures of it too, with Chili Mango and even Chili Pineapple, all of them with their own unique kick in the nuts. I actually did a couple of them twice, they were so fantastic; man was I sweating bullets; eyes watering; as the world starting to spin. I definitely paid for it the next day.

At 5:55 we gave everyone the FIVE MINUTES TO GO! and they scrambled to get their votes back to be counted, and at exactly 6 pm the whistle blew and the contest was over. You should have seen the look on people’s faces when we refused to accept their ballots because they weren’t complete. I have to say, though, that there was a moment that I thought I might fear for my life. An acquaintance of mine, who is 6 foot 6 and about 325 lbs. brought me his ballot 5 minutes late. Maybe it was the buzz, but I crumpled it up in my hand, and tossed it across the room. Sorry Pal. Time’s up. Steam rolled from his brow, probably more from the heat of the event, than the heat of the moment, but I felt like climbing up into my baseball hat and hiding out for a while. Rules are Rules though. The numbers were added up. 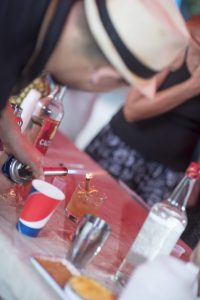 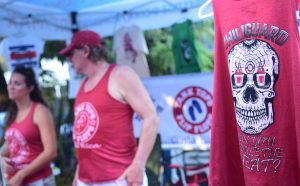 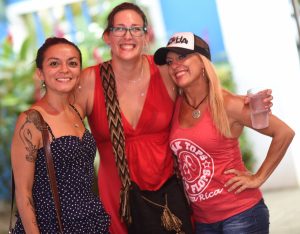 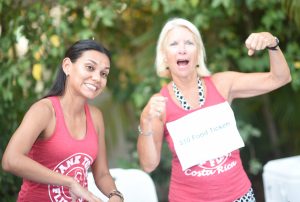 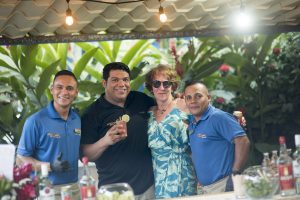 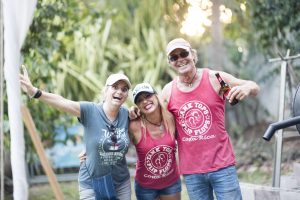 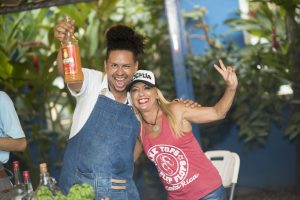 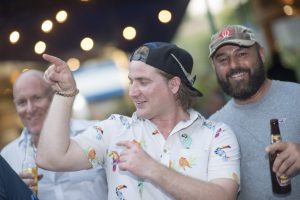 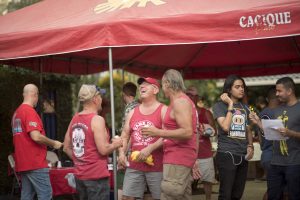 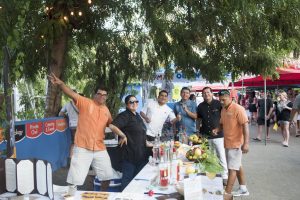 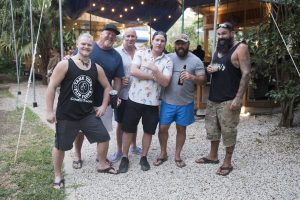 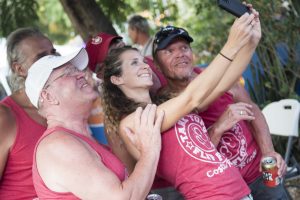 Congratulations to the top three.

Here is a video of the awards ceremony.  Congrats everybody

We want to thank all the participants. In the end, it isn’t just about who has the best chiliguaro; it is about somethings much more important than that. The town came together, supported one another, had an incredible day, and raised money for charity. THIS is why we live in paradise. Hope to see you down here soon and please come to next year’s event and give us your opinion. Get out and vote.

Please visit all these amazing establishments and taste each one for yourself.

Can you handle the heat?