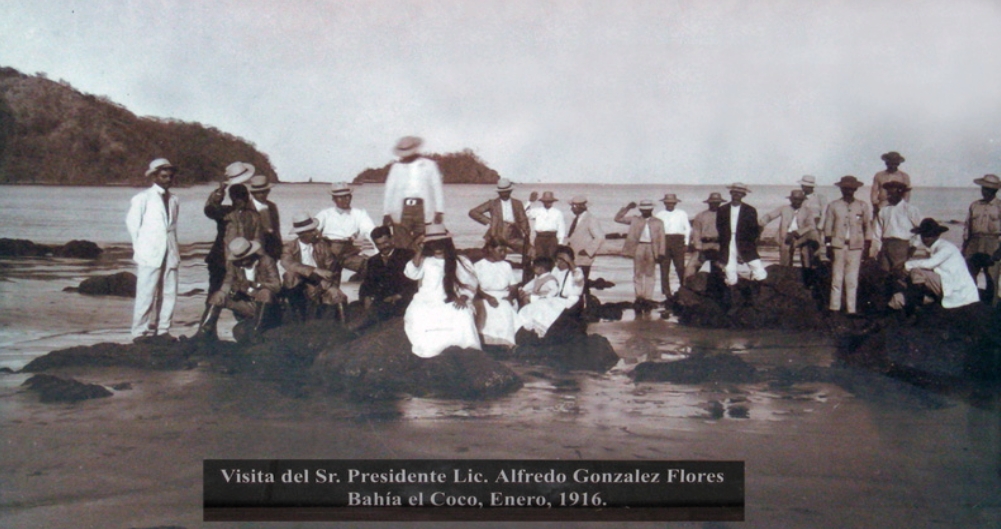 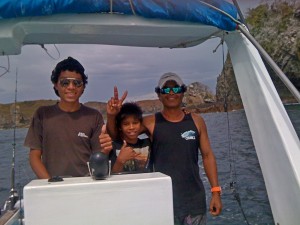 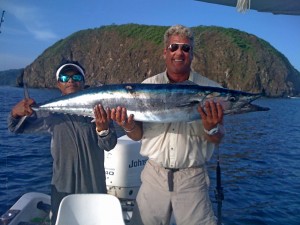 We spoke with Rob and one of his Favorite local Captains Gerardo “Come” (pronounced KO-MAY) Reyes.  It is clear that these guys know their stuff and are passionate about creating a positive angling culture among the locals and tourists here.  Captain “Come” made a point to say that they catch 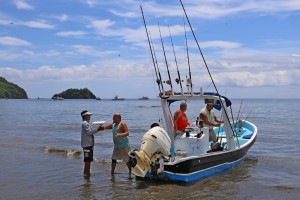 and release all Bill Fish and species that do not make for good eating and all of the fish they keep on the boat is either eaten by the fishermen who caught them or the families of the captain and crew.  Nothing goes to waste.

A lot of the good fishing is done on smaller open boats called Pangas using light tackle and live caught bait.  You can also go whole hog and charter a beautiful air-conditioned Sport Fishing Yacht as well.  The options abound.

Take a look at the video interview with Rod and Captain “Come” where they share valuable insider tips on how to get the most out of your Sport Fishing trip.

Costa Rica sport fishing can haul in a hugely diverse variety of species.  Here is a list of the most common fish in the area with their Spanish equivalent: 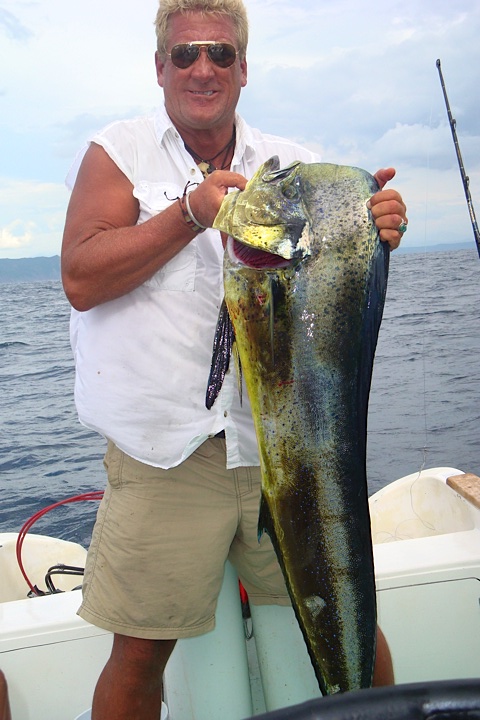 But don’t worry – most of the local captains speak enough 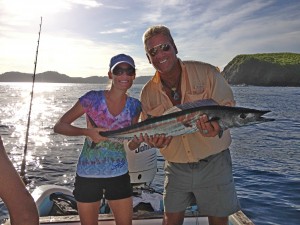 “Fishing English” so you won’t have to worry about memorizing all the names.