Who are the 3 Amigos?

I get this all the time, but actually we have about 18 Amigos and Amigas now and we are one big family, as corny as that sounds and we are expecting number 19 soon. It just keeps growing 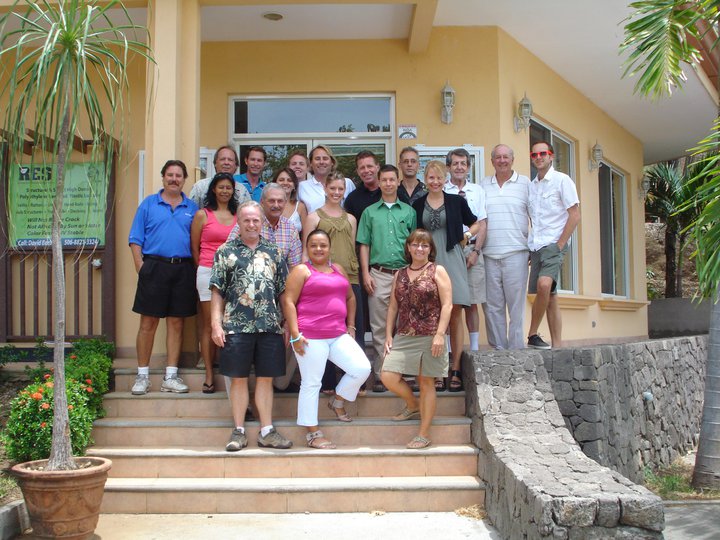 and growing, as agents from other competitors close their doors and join our team. As they say, “If you can’t beat ’em, join ’em.” But we have to go back about more than 20 years to tell the whole story.

The original Tres Amigos were a husband and wife, Les and Cheryl and their partner Gary. They came from Canada to Playa Hermosa with their sons, to do a small project on the top of the hill. It was one of the original residential developments in the area, along with Vistas del Pacifico built by Corbin and Tatiana Vandruff.  There is a great story about how they bought the mountain. It seems there was this woman, who owned a hill that was so steep the cows couldn’t even stand on it. From a farmer’s standpoint, the property wasn’t very good. After selling it to Les and Cheryl, the story goes, she ran into Coco laughing hysterically that she sold this useless property to a couple of stupid Gringos  and proceeded to buy everyone drinks in the bar. What she failed to realize, is that this useless property had some of the best ocean views anyone has ever seen in their life and Views Sell!

The 3 Amigos and their sons built a little sales office of about 150 square feet, and proceeded with a back hoe to cut into the mountain. They worked so hard, that even the local workers shook their head at the crazy gringos. Even they couldn’t keep up with the pace of Les and his sons, as they pushed wheel barrels themselves, up and down the mountain. Many of the local workers couldn’t hack it and quit, but the family never lost their determination. After a couple years of torturous work, the development Monte Paraiso (Paradise Mountain) was complete. 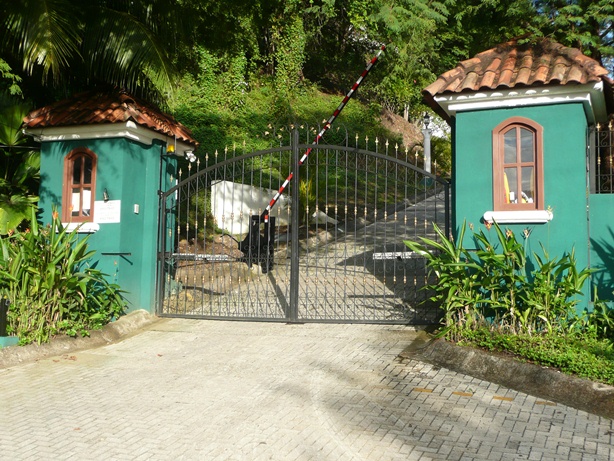 With underground utilities, brick paved roads, a beautiful gate and a huge water tank at the top, they started selling lots to the gringos that rolled through town.

Each of these lots sold for more than they had bought the mountain for, so I am sure the woman was singing a different tune then. Life is all about Vision, and that is something that they definitely had. Most of these early buyers had it too, as there was nothing going on in Playa Hermosa back then. There wasn’t an airport or any luxury hotels but something told these people, THIS IS IT! And the view from the top of this mountain sure made the decision easier. I know. I bought two lots myself in 1999 and had to take draws off my credit cards to do it. But I had a little of that Vision too and there was no way I was leaving Costa Rica without a little piece or two of paradise. How did I come to Costa Rica and wander up to Hermosa? You already know – that’s for another story.