What’s the best place to live in Costa Rica?

I get these questions all the time. I find that most people, after visiting for a couple weeks, have a pretty good idea if they will like living here or not.  Now of course, some people move here and ultimately decide it’s not for them and go home.  But I have to be honest with you, very few.  Especially if they do their due diligence BEFORE they move. 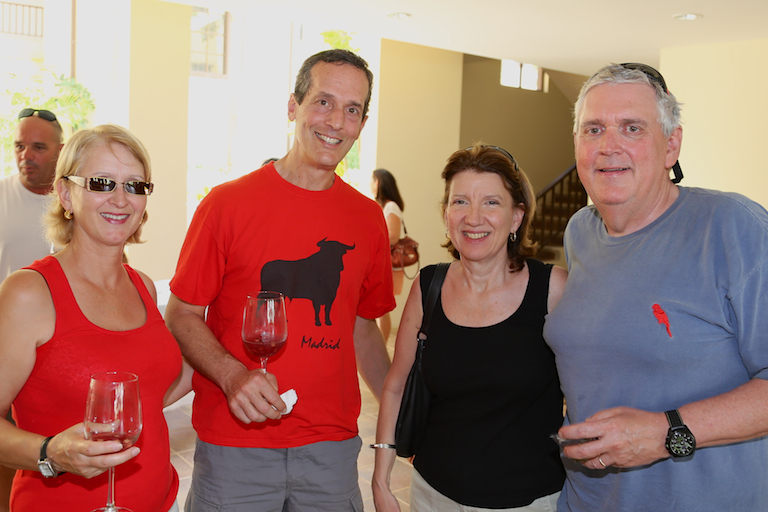 My office has sold more real estate than just about anyone.  We have had hundreds of people buy property from us and I can count on a couple hands how many people don’t like it and go back.  Yet you read on the internet all the time about people who didn’t like it and went home.  Of course you do.  People who have had bad experiences always want others to feel their misery.  People who fail always have the “Woe is Me” attitude.[more…]

Have you ever gone to a website like Trip Advisor where people can give their opinions of hotels etc.?  Have you ever noticed that almost all the comments are negative?  I went to a site for a hotel once and there were 11 comments about how bad the service was in this particular hotel.  Think about it.  There are 300 rooms booked 75% occupancy a year.  That’s 82,125 nights booked and 11 people thought the hotel sucked.  What about the other 82,114?  THEY LOVED IT.  They were just too busy enjoying it to write anything about it.  Yet the guy, whose room was too hot or too cold, HAS to tell everyone about it.  That’s human nature.

It’s the same thing here in Costa Rica.  The few people, who didn’t like it, go home and write all over the internet how terrible it is.  The other 100,000 Ex Pats (that is the estimate of how many gringos live in Costa Rica) are too busy ENJOYING life in Costa Rica; they don’t have time to write on the internet.  Yet come ask these people yourself and you will find out.  None of us would ever leave.  Spend one day here walking around town talking to the local Ex Pats and they will all say the same thing.  “You couldn’t pay me to go home.”  I throw a party every December and over 650 attend, all who live here, invested here or are planning to move here.  Come to my party.  ASK the people who are here what they think.  You won’t find too many people who have anything negative to say.

I think maybe the people who left, didn’t do a good enough job adapting.  Remember, people move to New York and don’t like it and go home.  People move to California, Florida and all over the world and some have ended up going home.  But most people, once they make a move, they adapt.  Costa Rica is no different.  It is NOT the USA or Canada or Europe.  THAT IS WHY WE MOVED HERE.  We don’t want the same old same old.  Costa Rica is for people who want a little adventure, for people who don’t want to follow the same routine.  If you want to do the same thing, every day for the rest of your life, God Bless you.  Have at it.  But that sounds pretty boring to me.  I want to Experience different things in my life, different lifestyles, different cultures, different languages, different people.  We are only on this earth for a short time.

But you have to be able to adapt.  You cannot expect to move to a Latin country and having it the same as your home country.  Those are the people that upset me the most.  You see them complaining about how things are done here.  Remember, this is THEIR country.  They were nice enough to let us live here.  Adapt.  If you do, you will be very glad you did.  It is a phenomenal culture.

One of the most important decisions you will have to make about living in Costa Rica is WHERE.  What’s the best place to live in Costa Rica?  Good question.  Almost all of Costa Rica is beautiful.  But that doesn’t make it a good investment or a great place to live.  Too many people come to Costa Rica on vacation, they end up in the middle of the rain forest and they think this is the most beautiful place in the world.  I want to live there.  But they never do any due diligence about actually living there.  These are usually the people you read about on line, who bought a place in Costa Rica, moved here and ended up going home.  There is more to living somewhere than its beauty, temperature, tranquility or views.  Whether it’s the rain forest, the volcanoes or the beaches, it is also about quality of life.

Tarzan and Jane – People ask me all the time to describe my clients.  My buyers are mostly 40 to 60 years old and they want to PRETEND to be Tarzan and Jane.  They want to sit on their balconies or patios, sending emails and SKYPE to friends telling them how there are monkeys and parrots in the trees and that they are “roughing it” in Central America.  Then they want to get in their car, go to an air conditioned grocery store and buy a nice Chilean bottle of wine and come home to Satellite TV and their high speed internet.  They want to have an Americanized sports bar to watch their hockey, basketball and NFL.

They want to have good health care and shopping and first world amenities nearby. They don’t really want to be Robinson Crusoe they just want to experience the concept.  Also, as much as we love the Costa Ricans, foreigners want to be near people of their own kind.  That is why we have China towns and Little Italy in most large US cities.  We tend to migrate towards our own kind.  With many foreigners here in the Papagayo people who move here immediately meet people from their own countries and cities and feel more at home right off the bat.  Everyone speaks English, and many other languages as well from French to Russian to Italian to German so it makes the transition that much easier as you aren’t forced to learn Spanish right away.

Do yourself a favor though and learn the language.  There are many people who will help you to learn Spanish.  My good friend Alexandra teaches dozens of my clients Spanish, with private lessons.  Please contact her at alexa.angulo@hotmail.com or call her at 8920-3124.  Tell her I sent you and she will take great care of you. 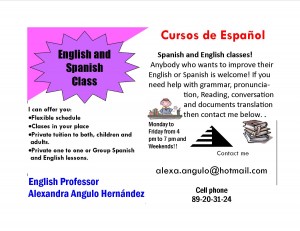 But the nice thing is the rain forest is very close.  So when you want to play Survivor, you can get in your car and within a couple hours you can literally be in the middle of the jungle.  You can stay for a couple days in a hotel with no electricity, do the Ted Roosevelt Jungle thing and then come home, back to reality, back to the first world amenities and still email your friends telling them how you are really a true Jungle Monkey.

When I first came to Costa Rica, there was no information on the internet like there is now.  So I spent a month touring the whole country, searching for the best place to live in Costa Rica, from the Panama border all the way up North to where I am now.  And while I loved the whole country, it is an amazing, beautiful place, most of it I could never live.  It is very hot and very humid in the Southern Zone.  It reminded me of Miami in August.  Also, I wasn’t going to live in the city of San Jose.  While it’s a great city, I didn’t come to Costa Rica for traffic, smog and noise.  And the rain forest has…… well…… a bunch of RAIN – Hence the name – RAIN forest.  Getting pounded every day, year round, with torrential down pours, isn’t exactly my cup of tea.

Guanacaste has the least amount of rain in the entire country.  It has perfect weather 330 days a year.  That is why most foreigners come here.  The Papagayo Region is the BEST PLACE to live in Costa Rica, both for investment and retirement.  And as the area continues to grow, the quality of life will as well.  No better place to live and you couldn’t pay most of us to go back, no matter how much money you were offering.  Come down and let me show you around our little paradise.