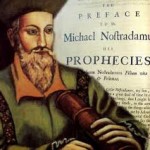 Just recently I have had 3 clients pass away, may they Rest in Peace. Two of the three did not have a Costa Rican will and are dealing with some inconvenient circumstances. I tell ALL of my clients that it is imperative that you have a Last Will and Testament, even if you just own a car as it is not a tremendous amount of money to set one up; My condolences to the families. Please talk to your attorney.

This particular newsletter is a little bit of a negative political rant. So if you are already tired of the US election, maybe you should just put this one aside. Also, if you are of the opinion that everything is Hunky Dory and our current administration is doing a wonderful job running the world you definitely don’t want to read this; just hit delete and get on with your day. But if you are like 90% of my clients, who are embarrassed and scared by the direction we are heading then this Newsletter is just for you. Grab a cup of coffee, have a seat, buckle up and hold on; this is gonna be one heck of a ride.