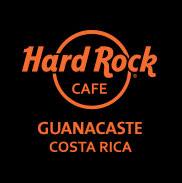 Refkin began discussions with the franchise in Costa Rica about locating a Hard Rock Cafe in PACIFICO about four years ago and finalized the agreements in September 2014.  “The opening of Hard Rock Cafe Guanacaste in PACIFICO is an important milestone in our development project and fits with our vision to provide upscale, commercial conveniences to our property owners and their guests,” indicated Kerry Refkin.  It will also put PACIFICO in Playas del Coco on the world map, as travelers often seek out Hard Rock Cafe locations in their travels. Buy Cialis no prescription fast delivery from https://www.fortissurgicalhospital.com/cialis-20-mg/ with credit cards.

The vision of The Jack Parker Corporation, a privately owned U.S.-based real estate development company founded in 1955, is a mixed-use development built to U.S. standards. PACIFICO opened its Beach Club and began sales in January 2007.  291 residences and homesites totaling over $65M have been sold and closed.

We look forward to the opening of the Hard Rock Cafe Guanacaste in PACIFICO!